With February 14 just around the corner, you want to wow that special someone in your life with a Valentine's Day gift to remember. This year forget about the classic gifts of flowers, chocolates, teddy bear and love letters. Instead go outside the box and give them an entire weekend at Kingsmill Resort.

It just so happens that we’re celebrating five years of our annual comedy weekend and we’ve kicked it up a notch! Not only have we mixed up the entertainment for our 2020 event, but we’ve also created the Ultimate Romantic Weekend, February 14-16. We invite you and your significant other to celebrate with us.

Our Ultimate Romantic Weekend will be filled with magic, a whole lot of laughter and romance. The limited-time offer includes two-nights accommodations, tickets to Dueling Pianos on Friday, tickets to Ben Seidman on Saturday and a pre-show dinner, strawberries and Champagne in your room at check-in and daily Breakfast at Elements 1010.

We know a weekend away means relaxation, so sleep in and enjoy a late check-out at 1:00 p.m. Plus, add a little something extra to make your stay complete. Enjoy 15% off a Swedish Couple's Massage at the Kingsmill Spa or take part in a 3-course cooking class with The Estate at Kingsmill chef.* This is the perfect opportunity to satisfy your taste buds and sharpen your culinary skills. Our chef will teach you how to create a special meal including an appetizer, entree and dessert. 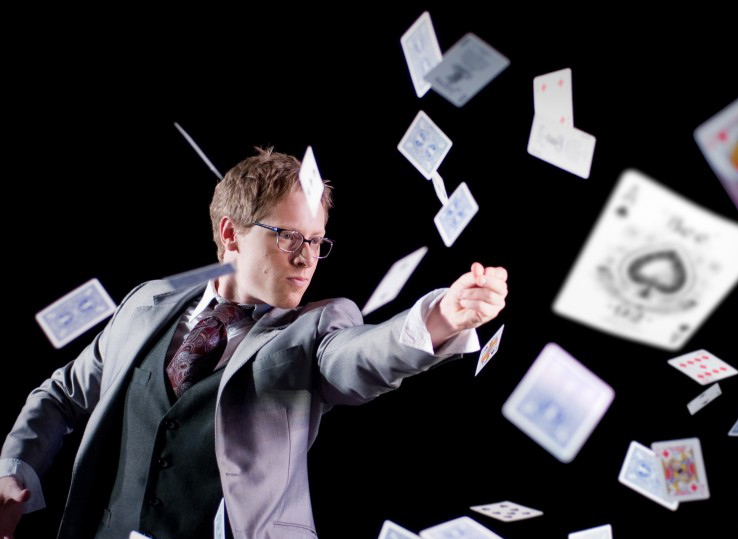 Join us as Ben Seidman, Blaire Postman and Jeremy Alder take the stage for a night of non-stop laughter.

Ben Seidman has appeared on Penn & Teller: Fool Us on the CW network and starred in two specials on Travel Channel.  He was the highest-rated performer for Princess Cruises and won the title Entertainer of the Year. Ben is a favorite at the world-famous Comedy & Magic Club in Hermosa Beach, CA, a headliner at Catch a Rising Star, and a frequent performer at the Magic Castle in Hollywood. He has been featured in two Just For Laughs tours spanning 23 cities across Canada and appears in a feature film documenting the tour.

Blaire Postman headlines indy clubs around the country. She has also featured and showcased at renowned comedy clubs from New York to Austin, Minneapolis to Raleigh, Washington D.C. to Los Angeles. Her writing has been featured in WICF Daily and her History of Super Bowl Halftime Shows bit was featured on-demand by NBC stations around the country.

Jeremy Alder is a regular at Goodnight’s Comedy Club in Raleigh, NC and has been a featured performer at comedy festivals around the country.

Related Stories
you may enjoy

How to Spend Valentine's Day Weekend at Kingsmill

Whether you're still in the puppy love phase or a...

5 Places to Propose to Your SO at Kingsmill

From natural vistas to luxurious locations, your significant other will...

A romantic weekend getaway is better at the luxurious Kingsmill...

From a lively beach to small town life to big...

You could score a dream getaway to Kingsmill Resort